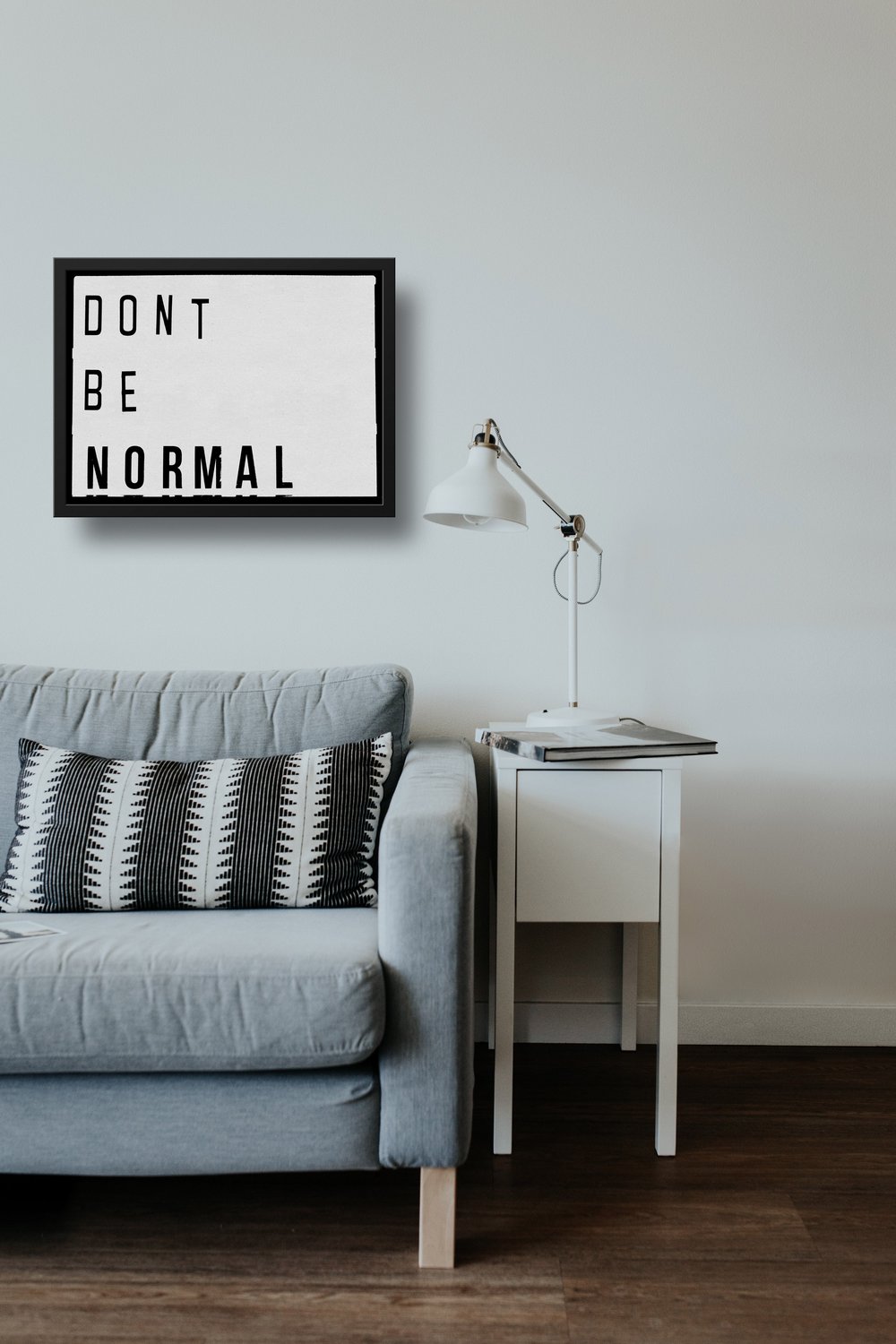 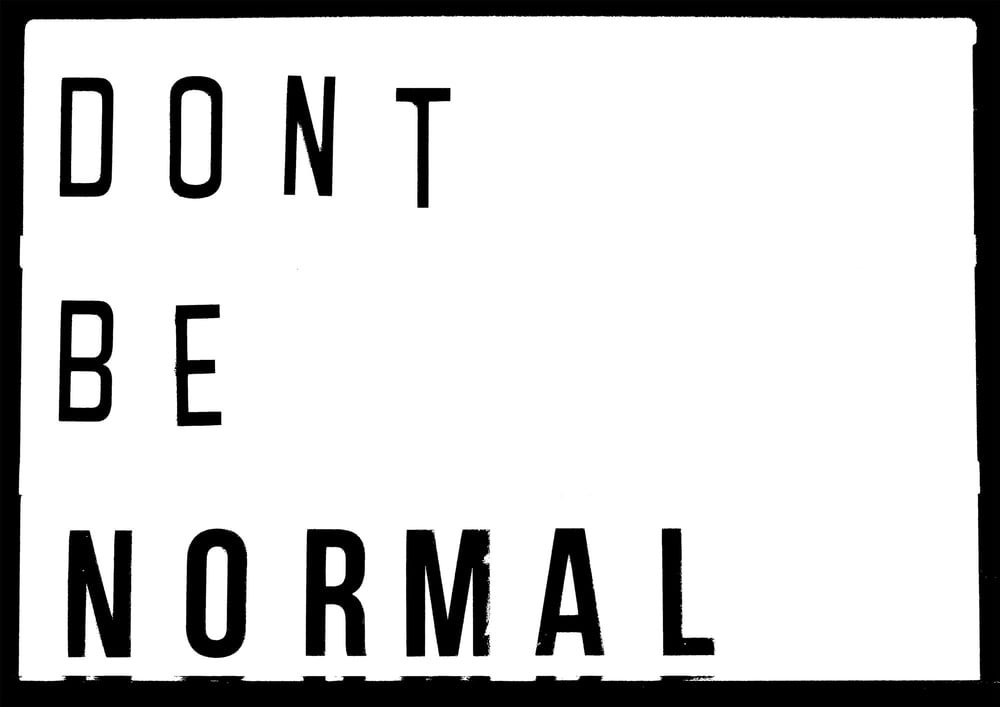 What is normal? Who describes themselves as normal? But then it's kinda awkward to be weird or different from the crowd. Or is it?
I say let's all just embrace our differences, let your abnormalities shine through. I once knew a guy that was obsessed with worms, his whole creative portfolio was based on worms, it was fascinating! The only thing I can associate normal with is average. When you're asked as a kid what you want to be when you grow up, you never dream of being an average fireman or average footballer. Don't be average, don't be normal.

For the past year or so I’ve been using an A4 Lightbox to put statements on which I display in my living room window facing onto the street. Think of it like an analogue status update. Sometimes they are political, sometimes motivational; thought-provoking; song lyrics or just gobble-di-gook. Whatever is on my mind really.
I've graphically re-interpreted some of the most popular quotes into this series of Limited Edition prints.

+ Design by Mr Arteest.
+ Limited edition of 13 in each size.
+ Signed, numbered and dated.
+ Printed on premium grade 300gsm FSC certified 100% recycled paper.
+ Each limited edition print comes supplied with an official certificate of authenticity.
+ Supplied unframed.
+ Prints are sent flat in a protective paper and cardboard envelope - no plastic packaging is used!